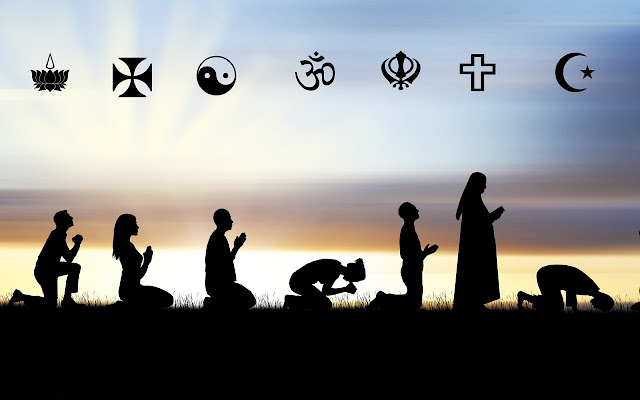 There are some 4,300 religions of the world. This is according to Adherents, an independent, non-religiously affiliated organisation that monitors the number and size of the world's religions.

Side-stepping the issue of what constitutes a religion, Adherents divides religions into churches, denominations, congregations, religious bodies, faith groups, tribes, cultures, and movements. All are of varying size and influence.

Nearly 75 per cent of the world's population practices one of the five most influential religions of the world: Buddhism, Christianity, Hinduism, Islam, and Judaism.

Christianity and Islam are the two religions most widely spread across the world. These two religions together cover the religious affiliation of more than half of the world's population. If all non-religious people formed a single religion, it would be the world's third largest.

One of the most widely-held myths among those in English-speaking countries is that Islamic believers are Arabs. In fact, most Islamic people do not live in the Arabic nations of the Middle East.